jim and the art of motorcycle maintenance

I was honored this past weekend to travel north to Camp Ytiliba which was held at the YMCA Camp Ernest in Northern KY with the motorcycle unit from Kerbela Temple in Knoxville TN.

We started the day at 9 AM and there was light rain in the area and as we traveled north up I75 the rain started pouring down, so much so that we had to pull off an exit and wait it out for a while under the canopy of a Weigels service station.

The rain started to slow so we divided to suck it up and head north.  By the time we crossed the KY border and stopped at the first rest stop in KY the rain had stopped and the sky’s were just cloudy.  Since most of the group were on Harley’s the group decided to stop at Wildcat Harley in London KY.  One of the riders need a new tire so I guess the old saying of why is there a Harley dealer every 50 miles?  So they can get serviced is true.   It took several hours to get the tire changed so we decided to go to a local truck stop and have lunch and gas up.

Hours later we were back on the road and the original plan to ride scenic back roads north was scrapped and we just hot footed it north up the interstate.  We arrived at the Holiday Inn in Florence KY in the evening and quickly headed to the local Montgomery Inn for a rib dinner.  I had not been to a Montgomery Inn for ribs in years, it sure was good.

Monday morning we left the hotel and rode as a large group to the camp.  This week the camp is rented to the Shrine burn Hospital of Cincinnati to provide a camp experience for patients.  About 45 kids were there and we all ate breakfast together.  Speeches were made and we made a large donation to the Hospital to help fund the camp.  Several groups other than the motorcycle unit of Kerbela made donations and they were rolled up as one donation.  It sure was a moving experience to see all these kids having fun and enjoying camp as my daughters did years ago.  I had breakfast with Brian from Canada who was a former patient and now is a junior councilor at the camp.

I left the camp as a lone rider and headed to Nicholasville KY.  It was on the way home and I wanted to see if some old friends and neighbors who still live there were home.  I didn’t have any phone numbers so I just took my chances.  Mary and I lived in Nicholasville just south of Lexington for about 3 1/2 years before moving to TN.  On the way I stopped at Keeneland to visit the track and take a couple of pictures.  Well as luck would have it  Joe Anne was home but Eddy was fishing.  We visited for a while, got caught up on all the gossip and I moved on. 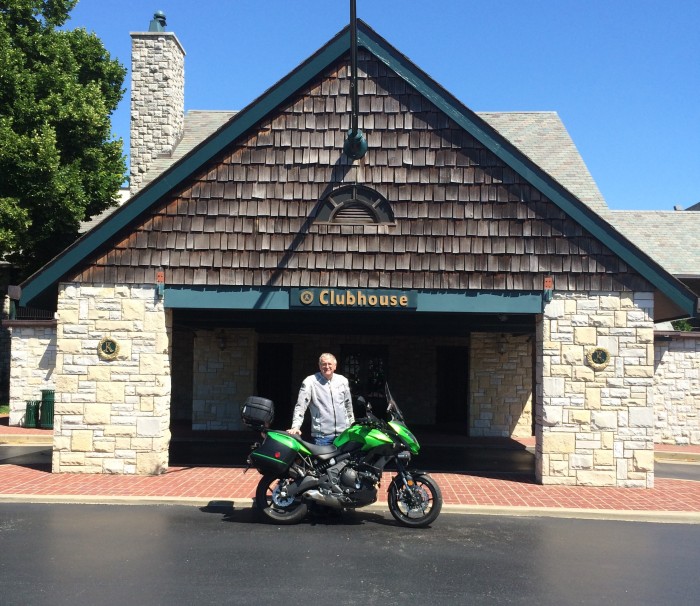 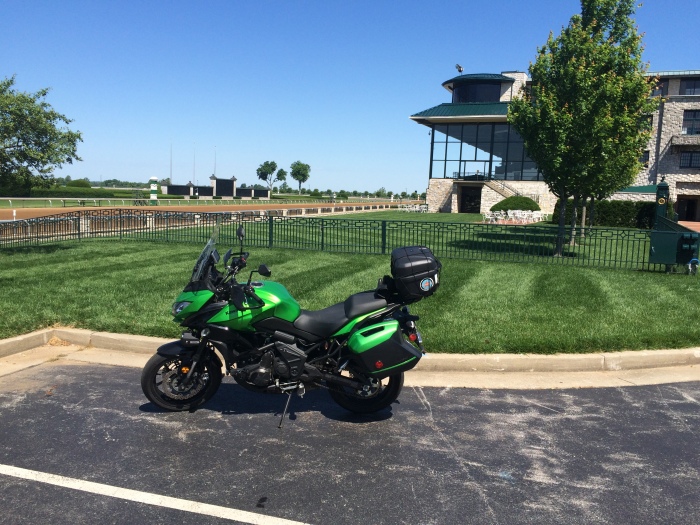